Jonathan Raban Has Passed Away

Jonathan Raban, author of many different non-fiction books as well as novels, has passed away at the age of 80.

Jonathan is known for his books Old Glory: An American Voyage, Bad Land: An American Romance, and Waxwings. He was born in 1942 in Norfolk, England, and attended Cambridge University, where he studied English literature.

Raban began his career as a journalist, working for various publications including The Sunday Times and The Guardian. In 1975, he published his first book, Foreign Land, a memoir about his time living in the United States. This was followed by a series of travel books, including Old Glory, in which he sailed down the Mississippi River, and Bad Land, in which he explored the history and landscape of the Great Plains.

In addition to his travel writing, Raban is also known for his novels, including Waxwings and Surveillance. His work is characterized by his ability to blend personal experience with historical research, creating a unique blend of storytelling and reportage.

Despite writing books about travelling the world, he did not like to be referred to as a “travel writer,” due to the fact that he considered it to be “too limiting.”

Raban has received numerous awards for his work, including the National Book Critics Circle Award for Bad Land and the Thomas Cook Travel Book Award for Old Glory. He was also a Fellow of the Royal Society of Literature and has been honoured with a number of other literary awards.

Jonathan is survived by his wife, Julia.

For more on Jonathan’s life and career, please see his obituary in The Guardian. 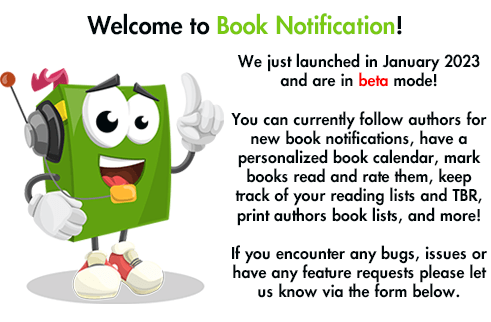 To see what we are currently working on as well as some of our future plans, see our road map.

Written by Diana A. Hicks

BookNotification.com
All Authors
Book News
F.A.Q. / How To
About Us / Staff
Site Roadmap
Contact Us